The Spun (Coriolis) chair, commissioned to Marzorati Ronchetti by the Haunch of Venison Gallery, produced in an initial plastic version by the company Magis, was presented during the event “Interni Mutant Architecture & Design” organized by the magazine Interni for the FuoriSalone 2011. Based on the “Coriolis effect” (named for the French physicist who in 1835 described the apparent deformation of an object when it is observed in a rotating reference frame, with respect to an inertial system of reference), the chair has been made by hand by Marzorati Ronchetti, in four experimental finishes that bring out the expressive impact of the metal. It has a horizontal rippled effect on its surface, underlining the rotation movement. The border and foot are clad in leather to attenuate friction and the noise of contact with the floor. Each chair is composed of six metal rotations, welded and polished to create a uniform surface. 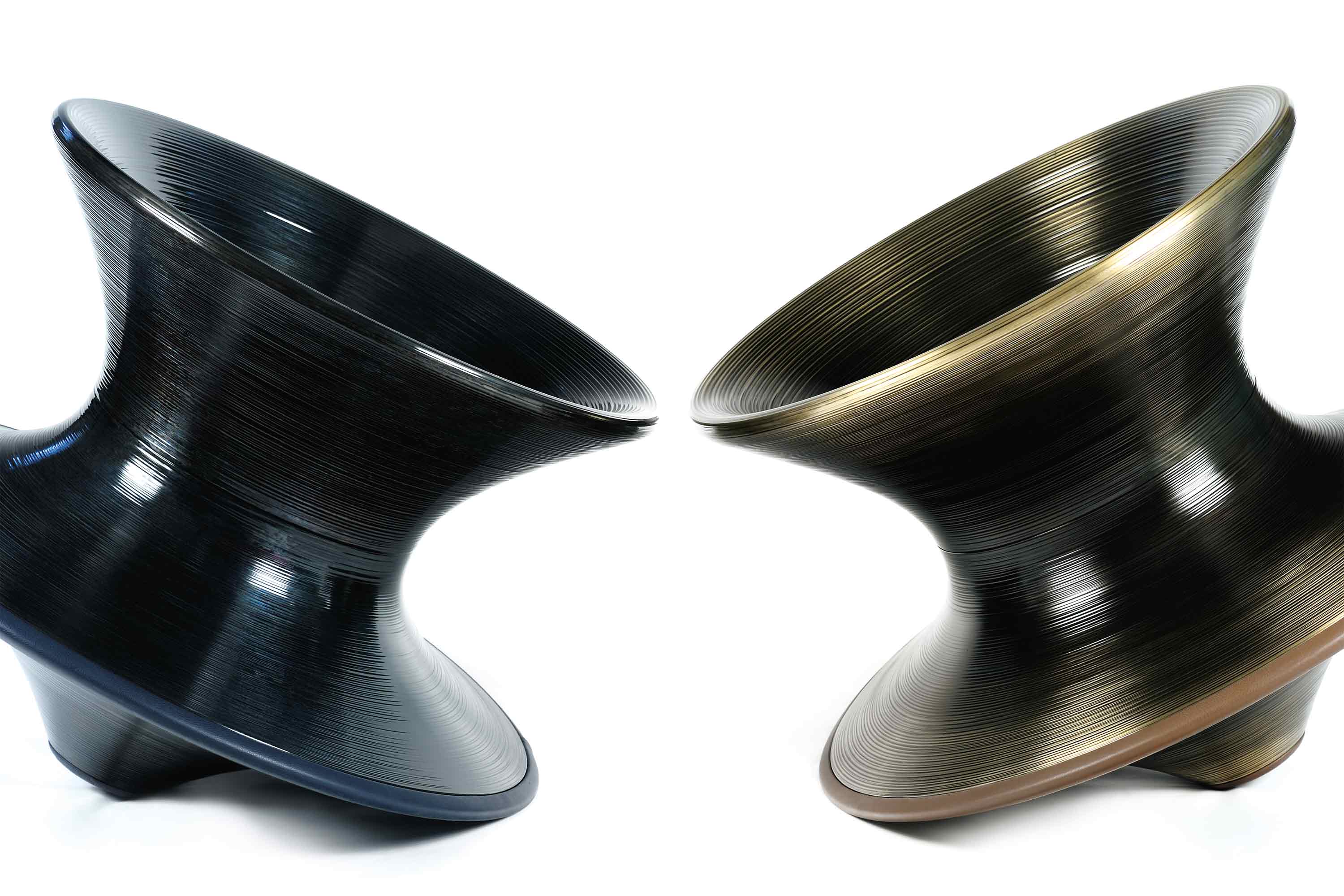