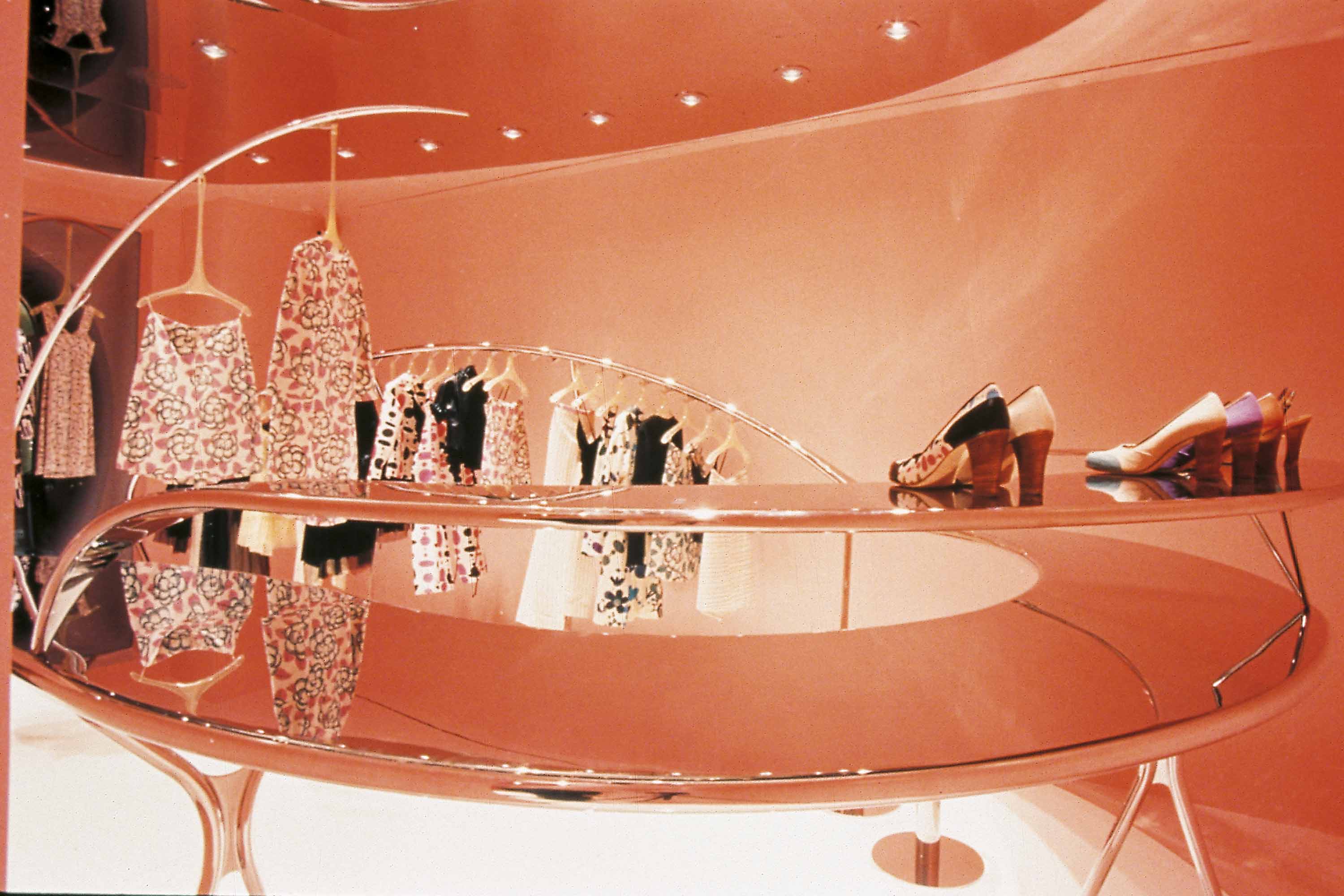 In 1999 Marni, the Milanese fashion house that offered its garments by mail order, decided to open its first flagship store on Sloane Street in London, and then another on the very central Via della Spiga in Milan’s fashion quad. The idea is to organize with different colors a “total space” of great emotional impact, in which from the entrance and the shop windows, conceived from case to case as transparent screens or ways of framing the store as through a fish-eye lens (as in Milan), it would be possible to view an environment based on “liquid geometry” in which one bright, enveloping colour (blue in London, pink-orange in Milan) forms the backdrop for a display system in polished stainless steel, conceived as a sort of “artificial garden” translated into stems and curved pistils, rounded skidproof reflecting “plots” (the entrance threshold), reflecting ceilings and, above all, where the collections become an integral part of the installation. The garments are supported by special custom translucent plastic hangers, combining the retail aspects with the architectural dimension in a controlled, attentive overall orchestration. Marzorati Ronchetti made the entire store with particular care going into the curved metal parts, done with absolute perfection.