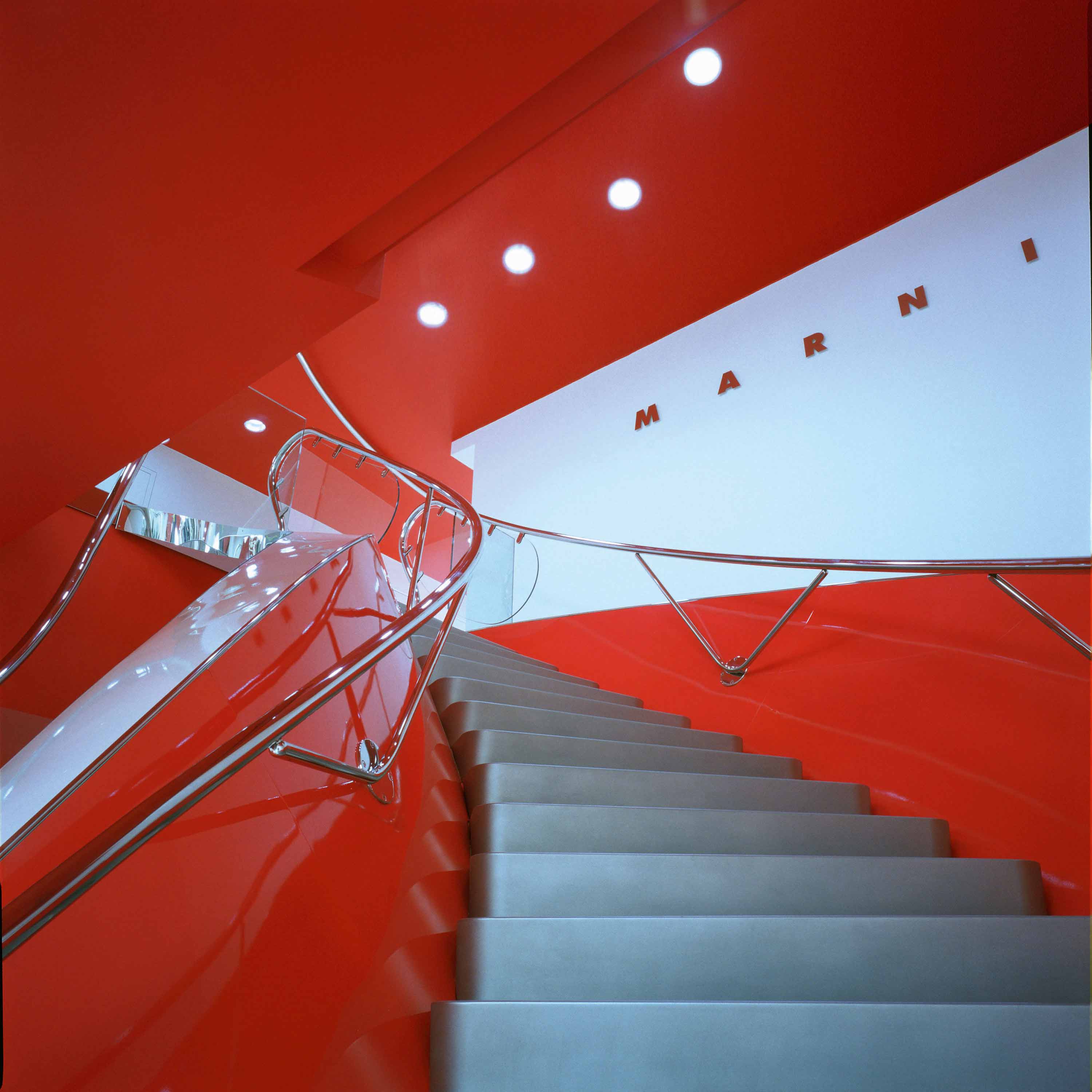 The compositional grammar developed by Future Systems for the Marni boutiques is reprised and explored by the English studio Sybarite, formed by several collaborators of Jan Kaplicky who had worked with him on the first flagship stores of the brand. The idea of fluid geometry and a “total environment” based on an internal enclosure, display systems and the use of materials and colours, is pursued with conviction and perfected by Sybarite in an overall compositional effort. In the London shop on Sloane Street the stainless steel display system floats in space like an insect that extends in the two available levels, underscoring the sculptural dimension and the vivid use of reflecting metal in the seamless transformation of the sinuous tube of reference into counters, shelves and display bases. The plastic impact of the display system is reinforced by the shape of the wall enclosure, partially treated with glossy white resin, the metal staircase enclosed in a rounded opening made in the surface on which it rests, the curved divan in the fitting area, the indirect lights in amoeba-like compartments that interrupt the bright red ceiling, a color that returns along the internal staircase, and in the Marni trademark attached to the wall. For the boutique in Los Angeles, seen in a perspective view through the shop window with its steel border, the materic palette veers towards softer colours and pale wood flooring, in a unified space where the almost “botanical” design of the display system, again in reflecting steel, also featuring small multilevel display tables with a stylized floral figure, floats freely in a guise of total lightness.