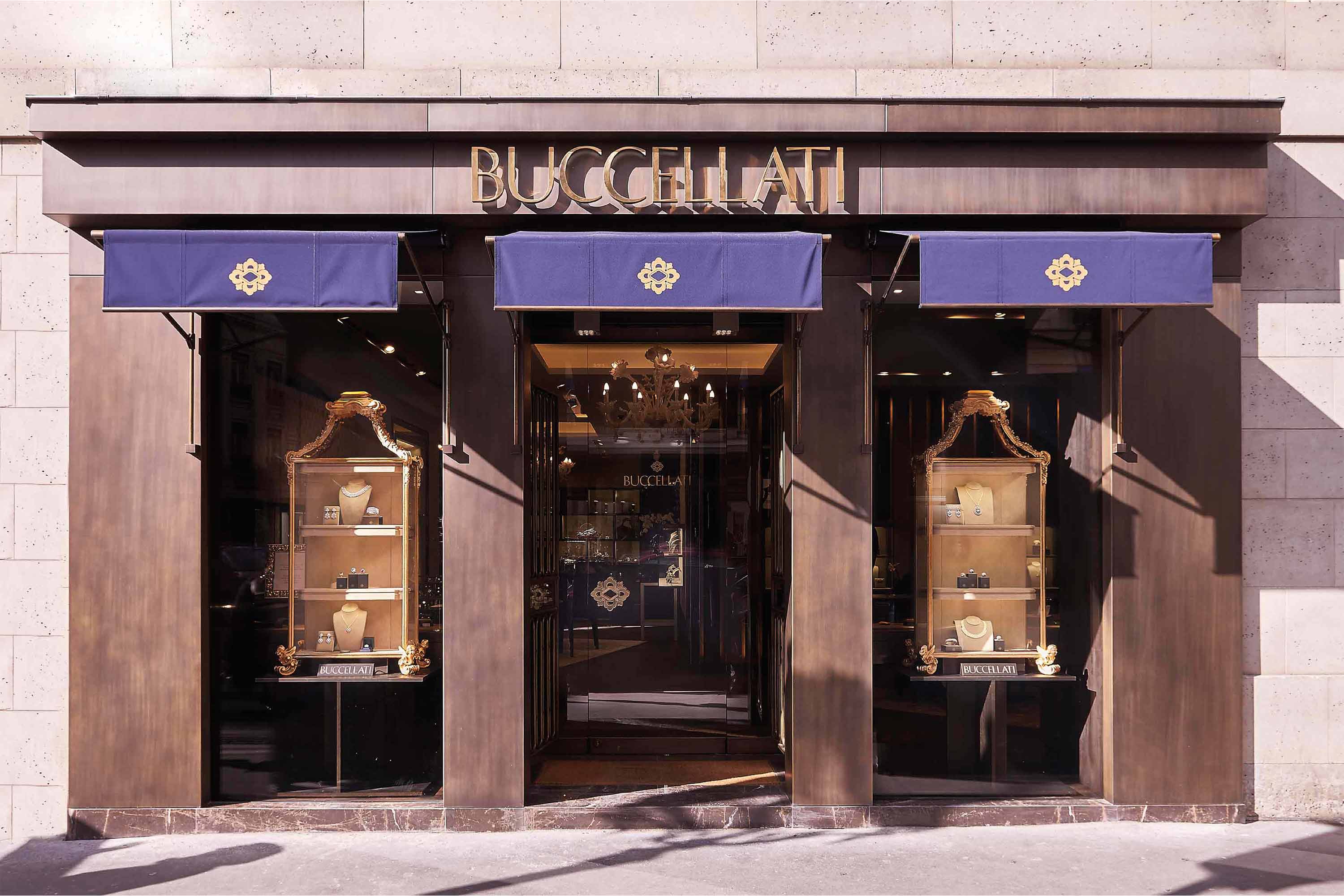 The very central Rue de la Paix at the corner with Rue des Capucines in Paris is the location of the corner windows of the jewelry store of Buccellati, founded as a goldsmith’s workshop with its first boutique in Milan, on Largo Santa Margherita, in 1919. Over time, generation after generation, the company created by Mario Buccellati has established itself as one of the symbols of Made in Italy and its excellence, becoming one of the most prestigious jewelry producers in the world. Buccellati stores have been opened in the world’s major cities: New York, Chicago and many other American locations, London and Moscow, Tokyo and Taipei, Hong Kong and Beijing, Seoul and Shanghai, just to name a few, as well as many Italian cities and, of course, Paris with its five boutiques. For the one on Rue de la Paix, near Place Vendôme, the streetfront windows, developing the designs that substantially reformulate the base of the building across the entire sequence of nine windows; six on Rue des Capucines, and the remaining three facing Rue de la Paix. Display sequences interrupted by the solid parts of the construction and by two glass entryways. The new cladding extends to the first molding of the building, forming a new base in bronzed brass that expressively frames the series of display windows with the visual force of the metal material and its patina that ages over time. In addition to this new architectural framing, there are the retractable violet awnings, which stand out from the dark color of the metal, and feature the golden logo of the famous, historic Milanese brand.